Like many others, you must have dived into your business with gusto, with dreams of winning big and making lots of money along the way. But after a few months of running the company, you realize that it takes a lot to sell your product or service to people online.

Then explainer videos came into the scene – a short, 60-90 second video overview that explain how your business solves a consumer problem through the use of visuals and language, which is designed such as to persuade the targeted viewer to like, trust and buy your product.

In other words, explainer videos are like the 21st century sales machine that cause a big bang of sales. Unlike any other website content, these video overviews help small and big businesses to increase their conversion rate by an average of 20%.

Now about that question gnawing at your mind: “What is the right time to get an explainer video?”

The thing is explainer videos are a good investment at any time. But, just in case, you are fidgeting over your business charts and analytics to ascertain the need for an explainer video, then here are those 6 telltale signs that you should watch out for.

1. You are spending more on advertisement, and the ROI is pitifully less.

Dropbox was not a big hit from day one.

During their startup phase, they invested on advertisement to attract new customers.

ROI from Advertisement: Dropbox was spending $233-$388 to acquire a new consumer for their $99 product.

As evident from the figure, their ROI was suffering. They realized that paid search, while effective, was not helping them make big money.

Dropbox then switched to a new strategy. Right, an explainer video. It cost them less than $50,000 at that time (it’s a lot more inexpensive now in this video era… p.s. all internet traffic would be video by 2018, Cisco predicts).

ROI from Explainer Video: It helped Dropbox increase the conversion rate by 10%, leading to $48,000,000 in extra revenue.

No wonder, 51.9% of marketing professionals worldwide name video as the type of content with the best ROI.

2. Your business pitch is not hitting the bull’s eye.

Everything about your business is dear to you.

But, over the net, your prospects don’t really have the time and patience for the whole story.

So how do you do it? How do you get the visitors interested in your product?

Explaining your business in words might not be that effective, and you can’t do it in few words. But an explainer video can pull that stunt.

The thing is people have a soft spot for videos, which means that your explainer video will grab the attention of your prospect. Now that you have their attention, the second thing is to put a persuasive pitch.

Explainer videos excel at that department too.

An explainer video uses language and visuals that are designed to resonate with your target audience. It gets them excited and interested about your product. That’s why explainer videos make for a powerful pitch, and are considered to be the twenty-first century sales machine.

3. Your website visitors aren’t converting to leads and customers.

To start with the facts, 55% of visitors spend fewer than 15 seconds on your website. The 8 second human attention span further spoils your chances of being read. Ergo you lose potential customers.

RankWatch, an organic marketing intelligence platform, had a similar problem. They got thousands of visitors each day but only a small percentage signed up for the free trial.

Without the explainer video, the bounce rate was 68%. It meant that visitors were not reading.

After they put on the explainer video on their homepage, visitor engagement rose and the bounce rate fell to 35%. Best of all, RankWatch saw a 27% hike in free trial users.

4. Your email sales pitch are not giving you result.

However, a bad email pitch can scare away prospects. Here’s an example of an email sales pitch that went wrong. Rand, the co-founder of Moz to which this pitch was made, flagged it as a “pester your potential leads until they hate you” approach.

So how do you make your email pitch powerful and effective?

Well, Forrester Research states that including an explainer video in an email increased the click-through rate by 200% to 300%.

To give you an example of a successful email pitch, Jellyfish, a freight management service, sent an email with their explainer video to a client that had, until then, never heard of Jellyfish. It was a cold call. And, if you were to check the history, these cold pitches have 1-3% success rates of getting an initial appointment with client.

But, by including an explainer video in their pitch, Jellyfish was able to close the $800,000 deal in just 7 days.

5. You need to strengthen your brand’s credibility.

Credibility is the trust factor. It’s one reason why your customers will choose your competitor and not you.

Explainer videos are not just meant to improve sales but to also add a touch of authenticity to your business.

It’s like this: a few decades back, only the big brands used to invest on video ads. So seeing a professionally done explainer video on your website will make your consumer consider you as a big brand, and deem your product to be of higher quality.

Best thing is that the consumer doesn’t see the explainer video as an ad, but rather as a quick guide to understanding your product, and in that process, they get sold. After all, explainer videos are tailored to show your product in the best light.

There’s nothing salesy about the video (i.e. if they are made right). It is just about the product and how it solves the targeted consumer’s problem. Hence, an explainer video can make your brand look more credible.

Everyone wants their website to show up on the first page of the google search results. Don’t you too?

You publish SEO-optimized articles, build citations and do advertisement with hopes of improving the search ranking.

But there’s an easier way to gain Google’s spotlight – a video. Apparently, the simple act of putting on the explainer video on your homepage will make it 53% more likely to show up on the first page of Google. So says Forrester.

Also, by uploading your explainer video in YouTube you would further boost your search ranking. Since YouTube, besides being the second largest search engine, is also a Google baby.

And, don’t just stop there. There’s social media too.

Social Baker says that video on Facebook will yield you 135% increase in organic reach.

Remember that videos get shared 1,200% more times than links and text combined. In that sense, your explainer video can you get a large number of organic backlinks. Result: easy SEO and higher Google ranking. 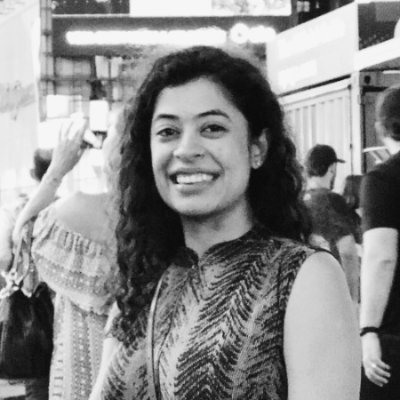